Children whose skin is not touched enough grow and learn less, are sick more often, are less social, and have difficulty communicating. They are ‘uncomfortable in their own skin’. It was a compulsory study cost during my special degree in obstetrics and pediatric nursing. This is why direct skin-to-skin contact after birth is so important and kangaroo care in the neonatology department has become standard procedure. We almost hugged my two-year-old adoptive daughter in the first few years. She also slept in our room for the first year. 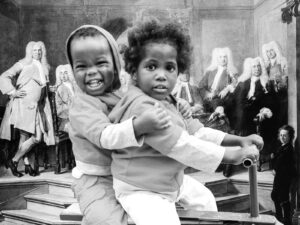 The power of a touch

You may be familiar with the story of the Psychologist Harlow. He researched the power of touch in the 1950s. He put monkeys in a cage containing an iron “mother monkey” that gave milk and a terry mother monkey that, although soft to the touch, gave no milk. It turned out that the monkeys quickly fetched food from their iron mother and then clung to their terry cloth mother for hours again. In addition, monkeys that were sentenced to an iron mother for a long time developed less social and were more anxious than monkeys that were allowed to enjoy a terry cloth mother.

Without touching we get sick

To touch is culturally determined. In cultures where touching is infrequent, we see more aggression. In Western society, we see a decrease in body contact and I worry about whether this is also the case worldwide. Without touch we get sick and we die. Isolation is the worst thing that can happen to people. Solitary confinement in prison or psychiatry is one of the most severe measures.

In yoga class, I have always wonderfully covered my participants with a blanket in the final relaxation. Nice to tuck in and just two sturdy hands to lower the shoulders when they ‘secretly’ came up again. Especially the people who don’t have anyone (anymore) or are alone, I gave a little extra love and attention with this small, yet so important gesture. I used to joke that they came to yoga class just for that. It apparently means nothing. Still, it’s a wonderful moment. A small indulgence with a big effect.

We have a body, a mind, and a soul. All three elements make us human. In his English, man is a human being. We are not human doings, but beings. In Dutch, that is, in turn, translated to the word being. In other words, be human. The soul is now being taken out of our society. We miss many beautiful and important moments in life that we can’t do-over. The human dimension is missing. In other words, there is dehumanization going on in our society. Note the word society. The word alone says it all: LIVING TOGETHER.

Wikipedia explains it to me: Dehumanization is a process of denying the humanity of a person or group. Two forms can be distinguished here, the denial of human nature and the denial of uniquely human qualities. By denying that someone has certain human qualities, the rights associated with them can be denied.” It is an awareness process, dear people. We stand there and watch it. Do we blindly trust and believe what is presented to us? Let’s all do this together? Is there only one good solution? I honestly wonder.

My job is shifting. The universe has other plans in store for me. My contribution will be dedicated to creating a green and healthy world for everyone. A world of harmony and love. Touching, cuddling, and kissing is a natural part of this. Because touching is a basic need that connects and protects us. 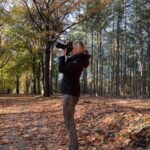 Choose to be free: my spiritual journey

Touching is a basic necessity of life Children whose skin is not touched enough grow and learn less, are sick more often, are less social,